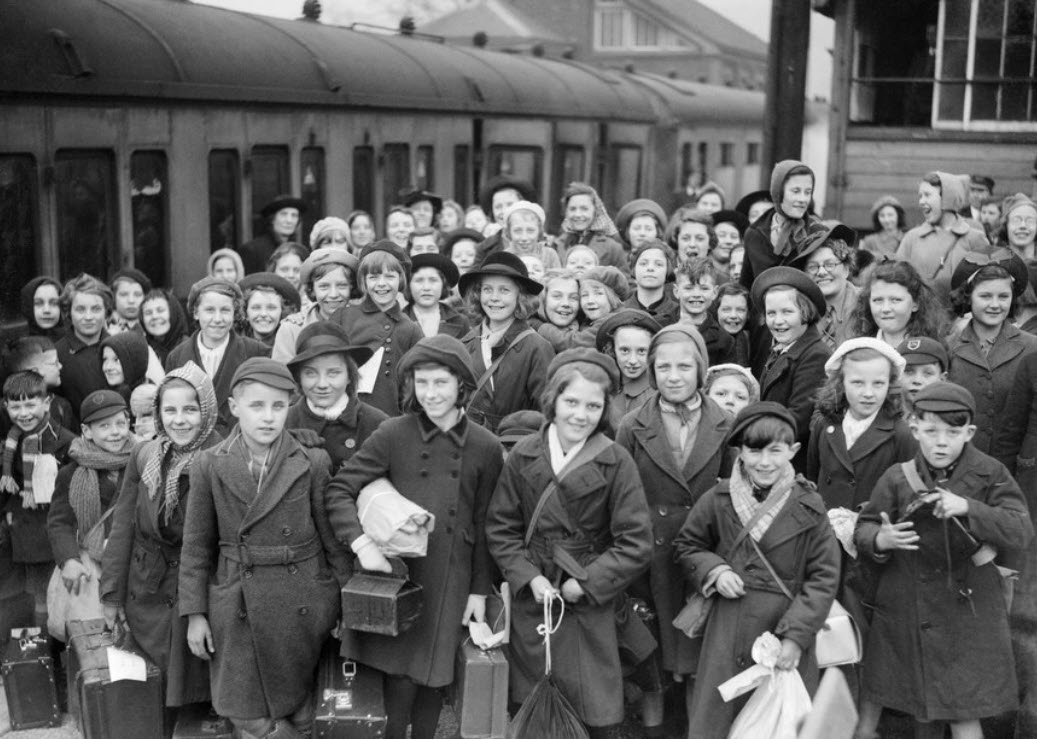 One day after school Nola and her sister Donia were walking home and as they got in the door they found their mom was crying. She was holding two gas masks and two small suitcases in each of her hands. She explained that the girls would have to leave, because of the war. So in 1940, at the age of 11, Nola and her older sister Donia were two of the many thousands of children evacuated from London during the Second World War. The girls were moved by train to the small countryside town of Chilham.

At that time, Nola’s father used to work near Chilham during the week and went home on the weekends. He would often come and see Nola and her sister for about an hour. He could tell that the lady his daughters were staying with was unkind, and he could tell they were not being treated nicely. Nola’s father told her mom all about it when he got home, because he was so bothered about how his daughters were being treated.

One morning Nola’s mom pulled up in a taxi outside of the house that Nola and Donia were staying in. She told the girls to pack their bags and get into the taxi. Next, she went inside the house and told the lady off, saying that nobody was going to treat her children badly! Nola’s mom then joined the girls in the taxi, and the three of them went to the railway station to head back to London.

On the Saturday morning of the following weekend, Nola’s father came home later in the day. The girls were hiding behind the kitchen door and Nola’s mom said to her father, “Have I got a surprise for you!”. Of course, he was overjoyed when his daughters jumped out from behind the door - and Nola was so happy that they were all back together as a family again.

Schnapps in the Face 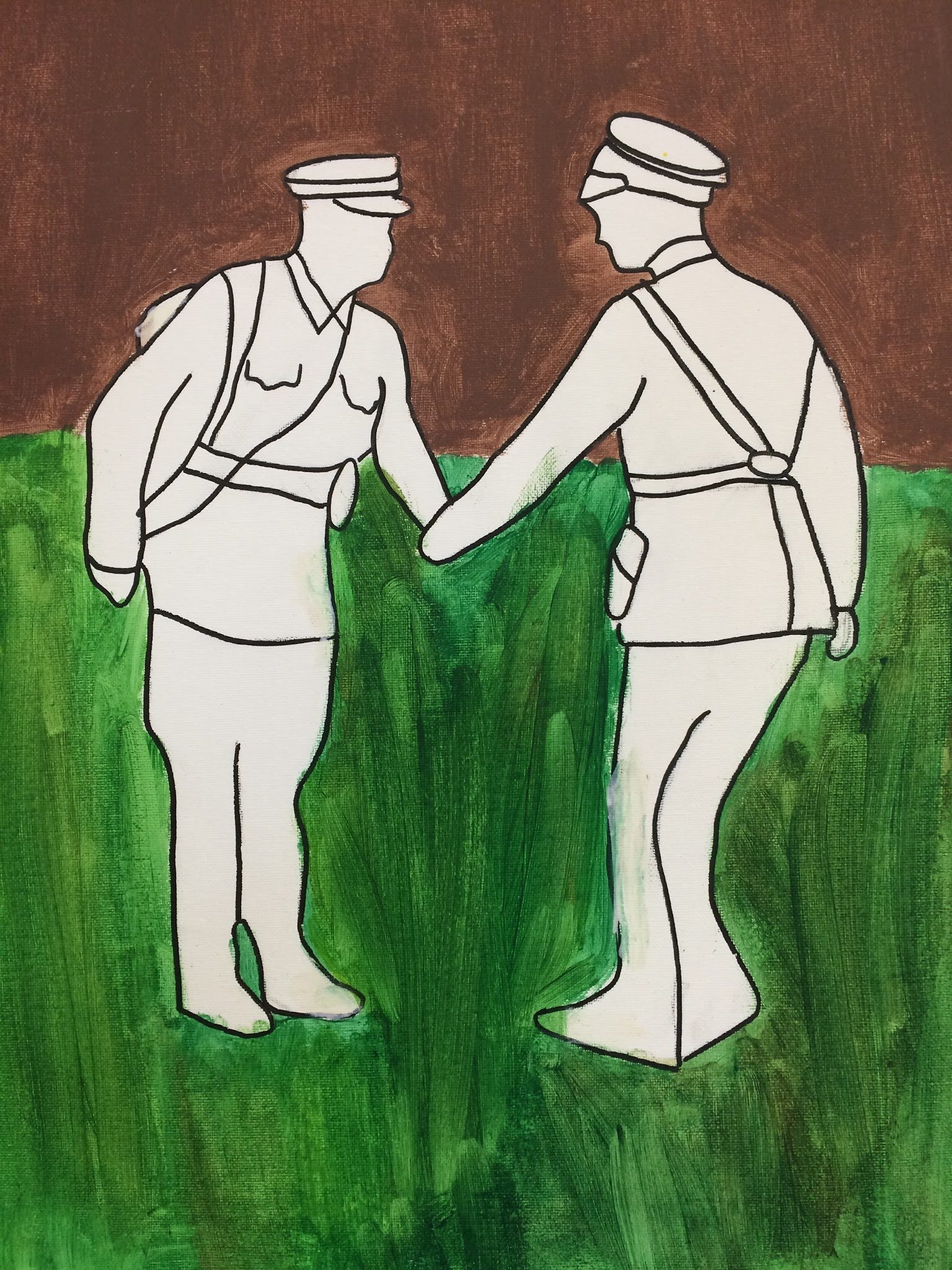 Garnet was an infantry officer working in Holland when he heard that he had to go back to England. When Garnet got to England they told him that the prisoners that had been captured in Dieppe had finally been liberated from a German prison. These soldiers had originally been captured three years earlier, on August 19th, 1942. The Canadian army, along with some British support, had invaded the French city of Dieppe. The invasion was meant to create a distraction from the other parts of the war that the Germans were fighting. It  was considered to be a suicide mission on the part of the Canadians, although more soldiers survived than they thought. The invasion was still a disaster though, because one-third of the Canadians were killed, one-third were taken prisoner, and one-third retreated back to England.  The soldiers that were taken prisoner were held in a German prison camp for almost 3 years.

Garnet and other soldiers had to hurry and prepare a camp in England. They quickly put together a camp. Garnet's job was to do some repairs on some of the buildings. Another one of Garnet's jobs was to get the kitchen ready for the soldiers because the soldiers were so thin from not being fed and being treated very badly in the German prisons. Garnet was ordered to get them healthy again and  “put some meat on their bones”.

The day the prisoners arrived, Garnet first noticed that their clothes were baggy and that they looked like walking skeletons. Garnet had a lot of respect for the soldiers because they survived so much hardship, so he was determined that he was going to shake hands with all 1,797 soldiers. The first soldier Garnet greeted had a bottle in his left hand. He shook Garnet´s hand and said, ¨Here have some of this!¨ So Garnet took a sip and it almost felt like it was burning his throat, because it was a strong alcohol called ¨schnapps¨. When the next soldier came he said the same thing, so Garnet put his lips in front of his mouth so the schnapps didn't get into his mouth - but a little of the alcohol still got in. Garnet repeated this 1,797 times! So when all the soldiers were done shaking Garnet´s hand, and after Garnet had drunk a little of the schnapps, 1,797 times, he was barely standing! Garnet walked over to a cot in one of the cabins, fell flat on his face and slept there for the rest of the day! 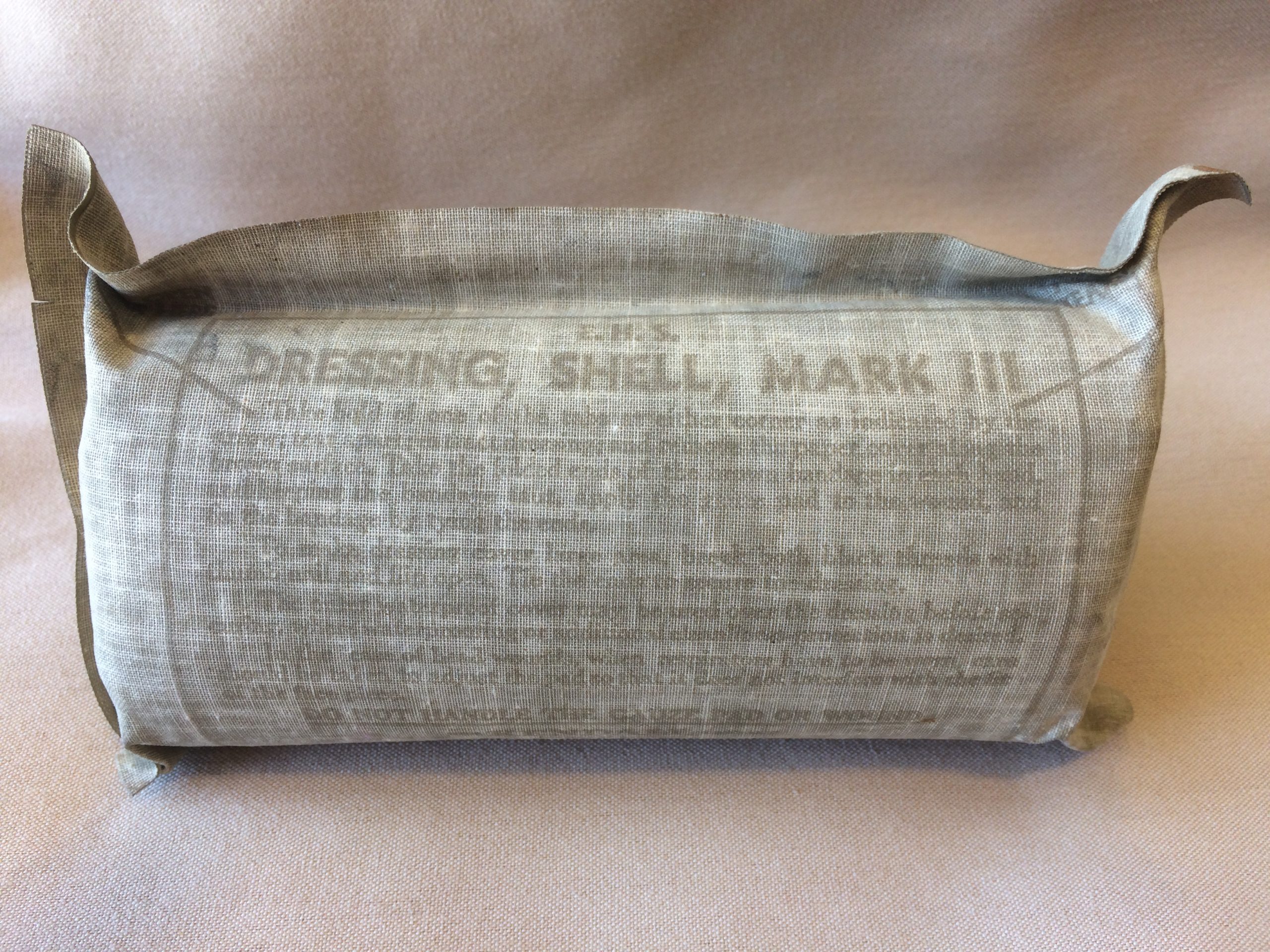 Shell dressing that was reissued to Cecil - Photo Marc Mailhot

During World War 2, Cecil was a soldier in the Canadian army. During one of his missions in the military, he was sent to take over some hydroelectric plants that had been occupied by the Germans. The Germans knew that the Canadians were coming and they had fled the plant the day before the Canadians arrived. This made Cecil’s mission much easier.

When Cecil arrived at the hydroelectric plant, he was with about 17 other soldiers. Most of the soldiers went inside the building to rest. Cecil and another soldier were on guard duty, so they walked around the inside  of the plant to see if anything was wrong. It was very easy to check around the plant because it was open. But it turned out that everything was alright.

At about 8:00 am in the morning Cecil and the other soldier decided to lay down and have a sleep. So they got their clothes off and had a sleep. They went to sleep in the building that had cardboard everywhere on the floor. The plant was filled with coal, all over the yard and everywhere - so it was much cleaner for the soldiers to sleep on the cardboard.

Cecil's buddy was sleeping in a corner and Cecil was sleeping under a window. All of the sudden, Cecil heard a buzz bomb going off. A buzz bomb flies about 400 feet in the air. It's fueled by gasoline and when the gasoline runs out, the bomb drops right away. When it hits the ground, shards of steel go everywhere. Cecil had heard and seen a lot of these when he went to England and other parts of Europe. Cecil heard this one flying above them, and he thought it was just going to pass over, but all the sudden it stopped. This was a bad sign, because it meant that the bomb was now falling and would soon explode.

Cecil yelled at the other guy, and told him to get under the nearby window he had been sleeping under. They heard the bomb go off, so they got out of the building and they saw the two guys who had taken their places on guard duty. The two soldiers had hit the ground, but they hit the ground in coal dust. When Cecil and his partner ran over to them, they were just getting up with their faces black as oil and coal dust soaked into their skin.

After that, the soldiers ran down to the nearby canal and there was a man, a wife and a little girl who was four or five years old. The man was carrying her up out of the canal, as a shard of glass had hit her in the head when the buzz bomb had exploded. The glass had hit her in a bad spot and she was covered in blood from head to toe. Cecil immediately ran up to the soldiers who had stayed behind in the hydroelectric plant. He asked them if they had any first aid equipment, to be used on civilians. The soldiers said they didn’t. Cecil had to come up with a new plan quickly. It turned out that all of the soldiers had something they called a shell dressing which they attached to their legs. These packages had medical supplies in it, so if a soldier was wounded he could use it to bandage himself up. The military rule was that soldiers were only supposed to use these dressings on themselves, and could get in big trouble if they used them on someone else. At this point, Cecil did not care about the rule, because he really wanted to help the little girl.

Cecil asked 8 of the other soldiers to take out their “shell dressing” medical supplies and hand it to the man who was holding the little girl, to stop her bleeding. Fortunately, when they got her cleaned up, they discovered she had a bad cut - but she was going to be alright. She didn't have to go to the hospital or anything.  That little girl was very lucky, because she could have been another victim of a “buzz kill”.