Catch a Leaf Before It Falls 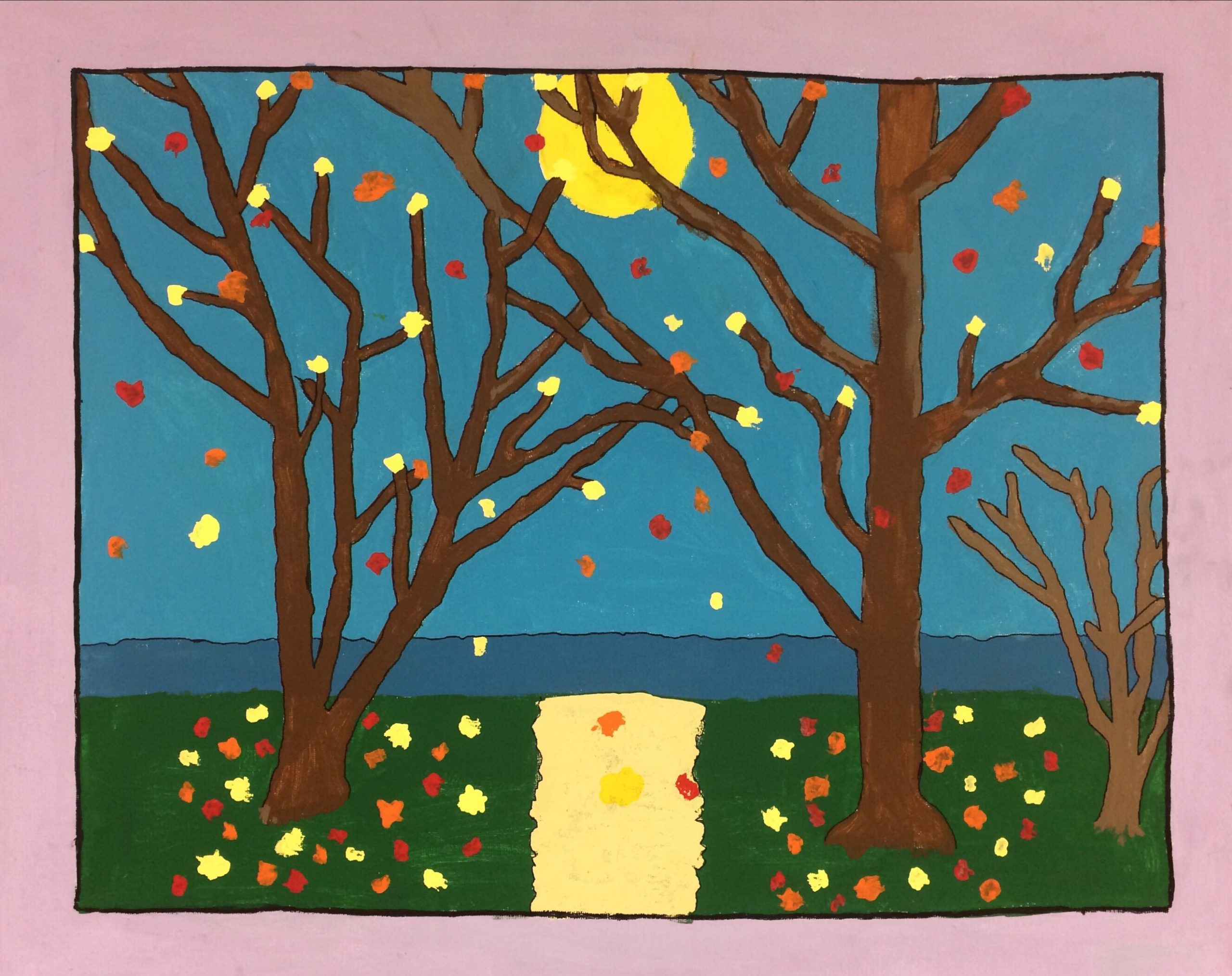 It was a windy afternoon on October 5th, 1994 and Edna was in her living room reading a magazine filled with poems and pretty pictures. It was a Fall edition. One of the poems in the magazine was all about catching an autumn leaf before it hit the ground.

After Edna had finished her magazine, she was in the kitchen standing by the oven cooking. She told her husband about the poem she just read.

“It wouldn't be hard catching a leaf, look at them blowing down the street.” replied her husband Peter.

Edna thought she could never catch a leaf before it touched the ground. She decided to get her coat and go outside. She spent quite a while outside trying to catch a leaf, but soon enough she caught a leaf that was a rosy red and orange colour. Edna pressed her leaf under a heavy surface, put it in a scrapbook, and put the date under the leaf.

Every following October Edna and Peter would go out to catch two leaves before they fell. Eventually they ended up with a photo album full of pressed leaves from their many years together. Sadly, after Peter died  in 2013, Edna stopped catching leaves. But in 2017, after meeting two ten year old girls in the GrandPals Project,  Edna added two more leaves to her album, saying below Jordan, October 25th 2017 and Larkin, November 15th 2017.

For Ever and Ever

When Suzanne was 19 years old, she often went to the Young People Church Club. One of the other members was a young man named John, who lived in Orangeville.  One night John decided to talk with Suzanne and ask her out on a date.  Suzanne was 19 at the time and John was 20.

John and Suzanne dated for 2 and a half years. They went on a lot of dates.  Sometimes John would visit Suzanne in Guelph where she was working and training to be a nurse. One night John and Suzanne were in John's car. John turned and looked at Suzanne and he said,

“Suzanne, will you marry me?”

It took Suzanne about 1 minute to think about it and then Suzanne said, ” Yes, I will marry you!!’’ John proposed to Suzanne in 1960 on the day of her graduation. They married in 1961.

John and Suzanne have been married for 56 years. Their marriage lasted so long because they loved each other a lot! I hope that everyone has forever love like John and Suzanne!

Under the Maple Tree

October 20th, 1962 was a day that would change Ross Gillanders’ life forever. His friend Barb had invited him to a cocktail party and at the party he had been introduced to Barb’s roommate Carol. Ross found Carol to be very intelligent and quite pretty, with her blonde hair and blue eyes.

After dating for three months, the couple was invited to a party on a December afternoon. Ross decided he would propose to Carol at the party. When they got there they found out that a friend of theirs had gotten engaged earlier that afternoon. Although disappointed, Ross decided not to ask her, as he felt he had to wait for another more special day or time.

After the party, as Ross was driving Carol home, he decided that he just had to ask her. He pulled the car over to the side of the road, got out, and walked over to the shade of a nice big maple tree. Ross knelt down and “popped the question”. Right away Carol responded with a huge, “YES!”. Ross didn’t wait until a “more special time” because he just didn't want to let Carol go.

A year later, on April 27th, they were married. One must wonder if the couple who sat under that maple tree would have thought that life would bring them all the magical things it did: three children, six grandchildren, and fifty-four years of marriage!