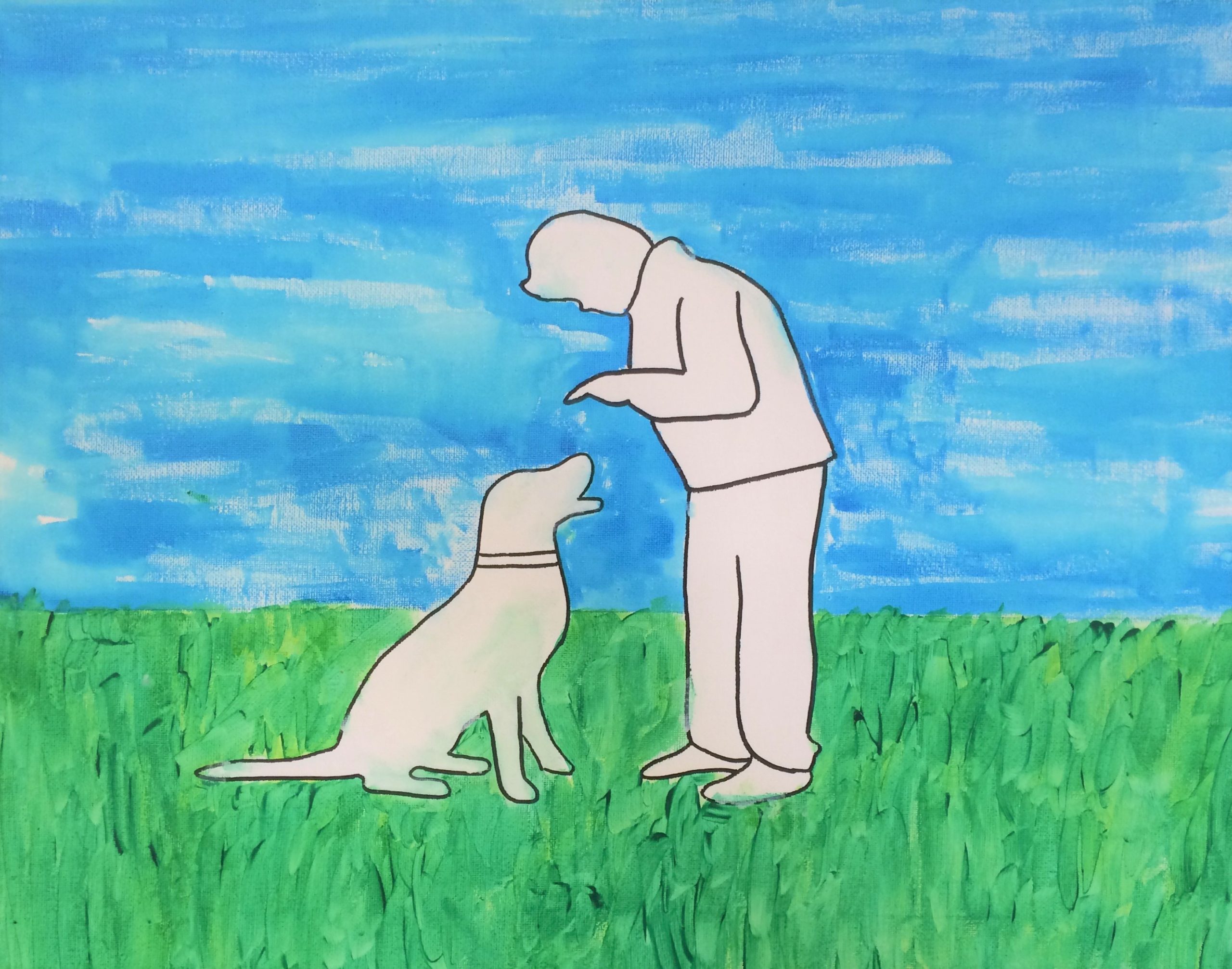 Garnet’s son, Fred, was on his way home from Boy Scouts when he noticed a sign that read, “Free Puppies”. The dogs were a labrador and golden retriever mix. Fred ran home to tell his parents about the sign. To his excitement, Fred’s parents said that he could have one of the puppies. As soon as he picked out his dog, Fred knew he wanted to name him Lucky. Lucky grew into a really big dog, and although he was a very nice dog, Lucky always managed to find trouble.

One afternoon, Garnet’s neighbour returned from the grocery store after shopping for her family’s Sunday dinner.  The neighbour had forgotten the key to her front door, so she placed her groceries on the front step and walked behind the house to the back door where she kept a secret key. Lucky could smell the delicious pot roast that was sitting with the other groceries. Lucky ran over to the neighbour’s house and grabbed the pot roast right off the front step! As the neighbour returned from behind her house, she discovered Lucky eating her pot roast! She marched over to Garnet’s and Molly’s house and knocked on their door. Molly answered the door to her neighbour furiously saying, “Your dog ate my Sunday Dinner!”

Molly and Garnet always had their own Sunday dinner after church. Molly, very apologetically, offered her neighbour the roast chicken she planned on serving her family for dinner. Much to Garnet’s disappointment, that evening he sat down for a pork and beans Sunday dinner.

The stealing of the neighbour’s pot roast was not the end of Lucky’s mischievous ways. Lucky was always getting into trouble and causing chaos wherever he went. So, later that year when Fred went to summer camp, Garnet and Molly decided to put Lucky down.  In the end, Lucky wasn’t so lucky at all. 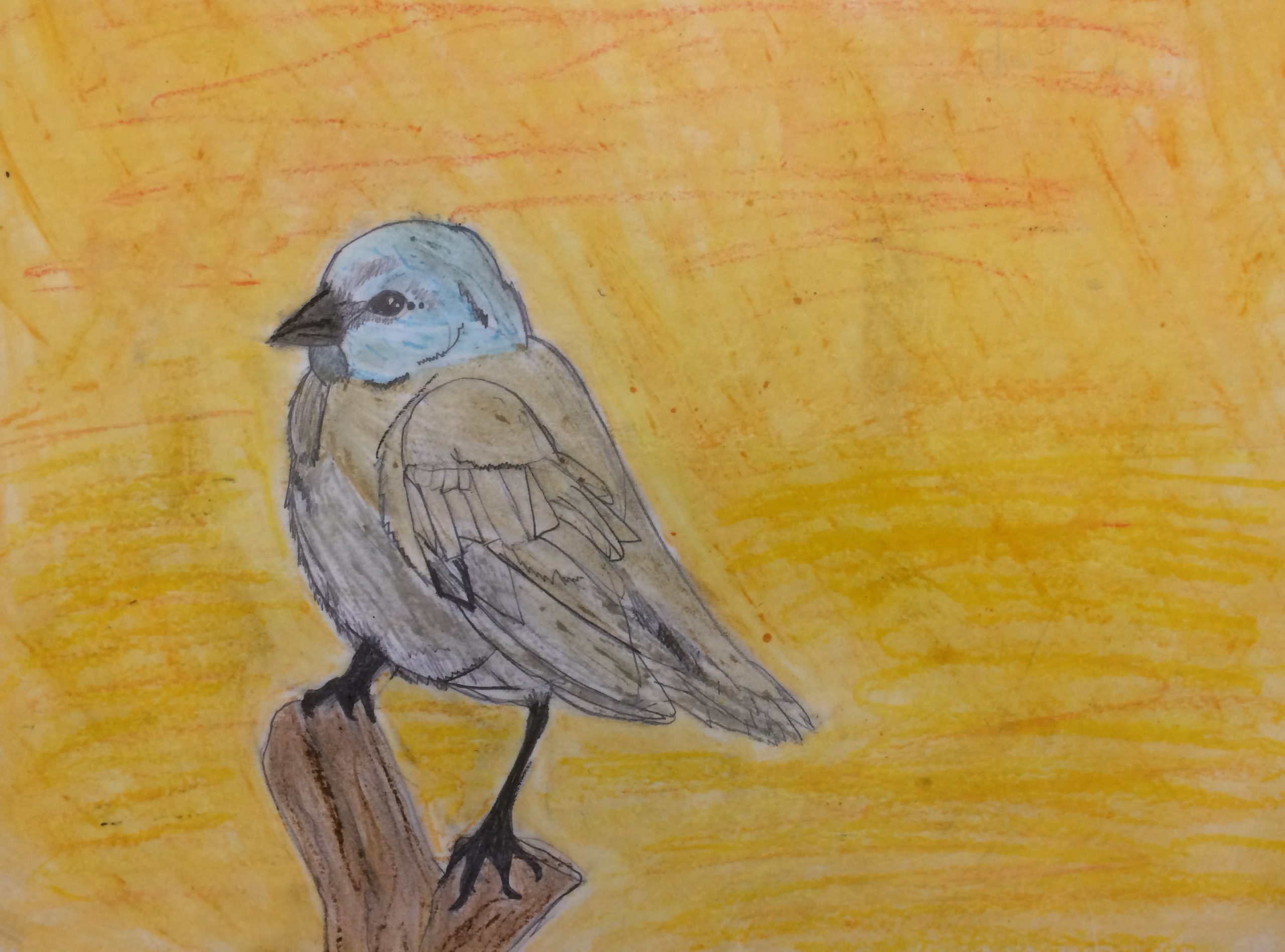 In 2005, Phyllis and her husband John lived in a nice, quiet country home in Garafraxa Woods. Well, it was quiet until their grandchildren came to live with them! All of the kids were in their teens at the time. Aaron was 15, Christa was 16, and Karla was 18. The kids, however, also brought along a furry surprise. They brought a German Shepherd dog named Peso!

Peso was a loving dog, who was always good with people. Phyllis’s husband was a hardworking businessman, and her grandchildren became too busy to take care of Peso. Over time, Phyllis became responsible for taking care of Peso. Sometimes, on a nice day, Phyllis would take Peso for a walk. Phyllis and Peso would pass the bus stop on their walk, where all the kids would wait for the bus. The kids knew that Peso was a friendly dog, so they would pet him. Phyllis usually walked Peso using an extendable leash, which meant he could run up to the kids and sniff them. After his visit with the kids, he and Phyllis would continue their walk. All of a sudden, Peso would stop and look up at the sky as if to say, “Ok, I'm done”. He would then turn around and look in the direction of where they came from, and Phyllis knew that it was time to go home. Phyllis got to know Peso really well and he really liked her. Peso had become Phyllis’s dog. He meant a lot to her, and Phyllis loved him very much. Phyllis considered Peso a member of her family.

In 2010, Peso was 9 years old. Phyllis could tell that Peso wasn’t well, because she would see him always laying down and he almost never got up from his bed. Phyllis and Aaron finally decided to take Peso to the vet. Aaron put Peso in the back of the car, and they were on their way. The vet was only about a 10 minute drive away. When they arrived at the veterinarian's office, Peso was so sick that he couldn’t get out of the car. The vet had to come outside to the car to check on him. Phyllis asked the vet if Peso just needed medicine, but deep down in her heart she knew that the vet could not do anything for Peso. The vet took a look at Peso and she said to Phyllis and Aaron, “Sadly, Peso is very sick and he won’t be getting better”. Phyllis decided that Peso had to be put down, because he was suffering. So, the vet gave Peso a needle and he slowly drifted away. Afterwards, Phyllis and Aaron took Peso home to bury him.

Since Phyllis had predicted that Peso would be put down, the hole had already been dug by Aaron. Peso was laid on a tarp, and placed in the hole by Phyllis and Aaron. Christa and Karla were not at home because they were busy in grade school, and John was busy in the house. After Peso was buried, Aaron and Phyllis walked back to the house. John met them at the door and asked, “Is it done?”.

Then John asked, “Where did you put my tarp?”

Phyllis looked at Aaron dead in the eye, because they both knew they had accidentally buried it with Peso. They also thought that it was strange to be so concerned about a tarp, on such a sad day. So Phyllis answered, “I put it in the shed”. She knew she had lied, but figured that her husband would soon forget about the tarp - and John never did bring up his question about the tarp again. 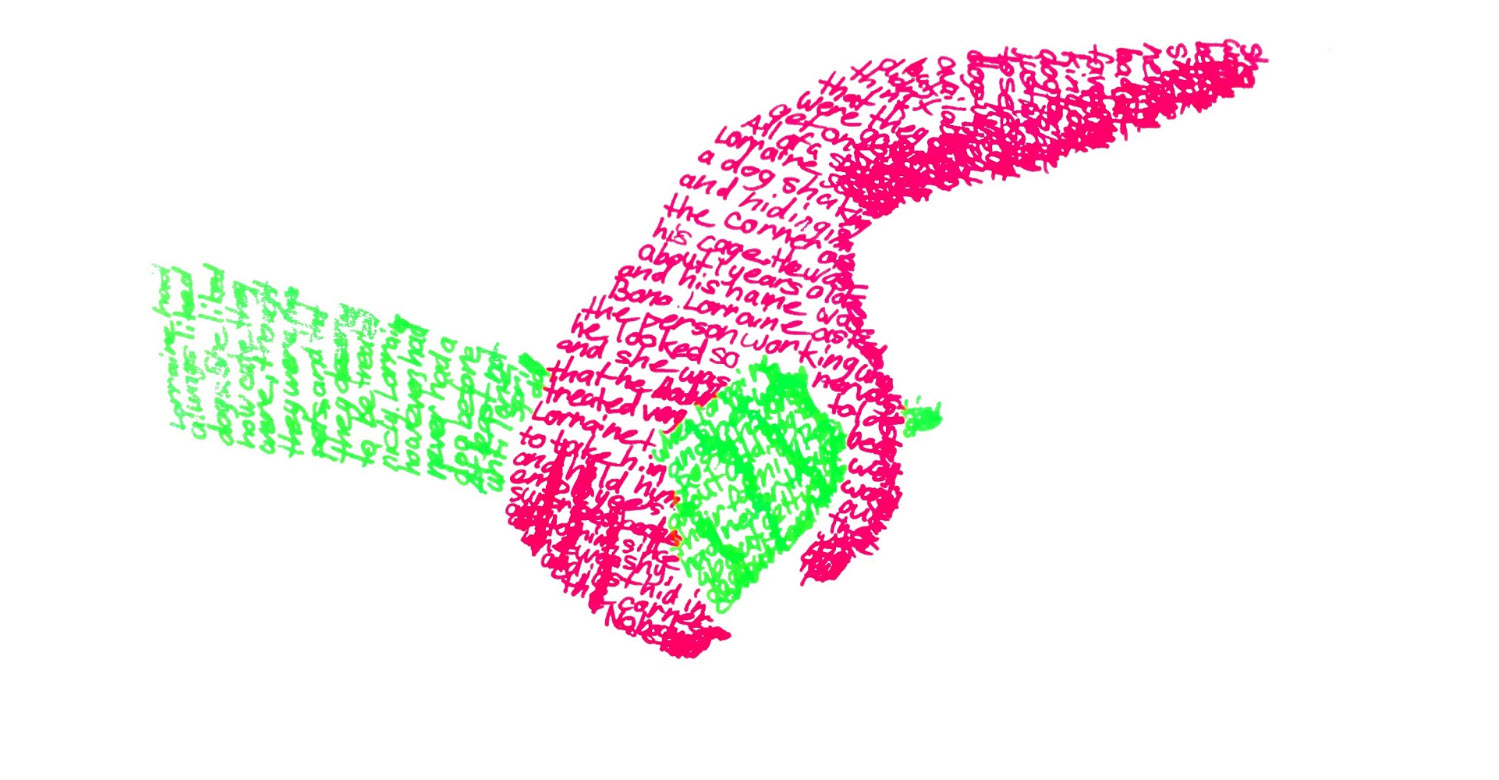 Illustration by author - the story is written into the hands

Lorraine had always liked dogs. She liked how cute they were, thought they were nice pets, and that they deserved to be treated nicely. Lorraine, however, had never had a dog before. At least not until one spring day when Lorraine and her husband, Ross, thought about adding to their family.

As they visited the pound, Lorraine just wanted to see what dogs were available. She didn’t  think she was ready to get one yet, until she say one dog shaking and hiding in the corner of his cage. Lorraine asked the manager what the dog’s name was, how old he was and why he looked so nervous. The manager explained that Bono was one year old and had simply not been treated very well. Lorraine asked if she could take him out and hold him. The other employees at the pound were surprised, because no one had really paid any attention to Bono before. Most people didn’t want a dog that is shy and nervous.

When Ross and Lorraine brought Bono home, it took him some time to get used to a family of five. The whole family was very kind and gentle with Bono, until finally he felt he was a part of the family.

Lorraine and her family only had Bono for only three years. After Bono died, the family decided they would never get another dog. After all,  there could only ever be one Bono.