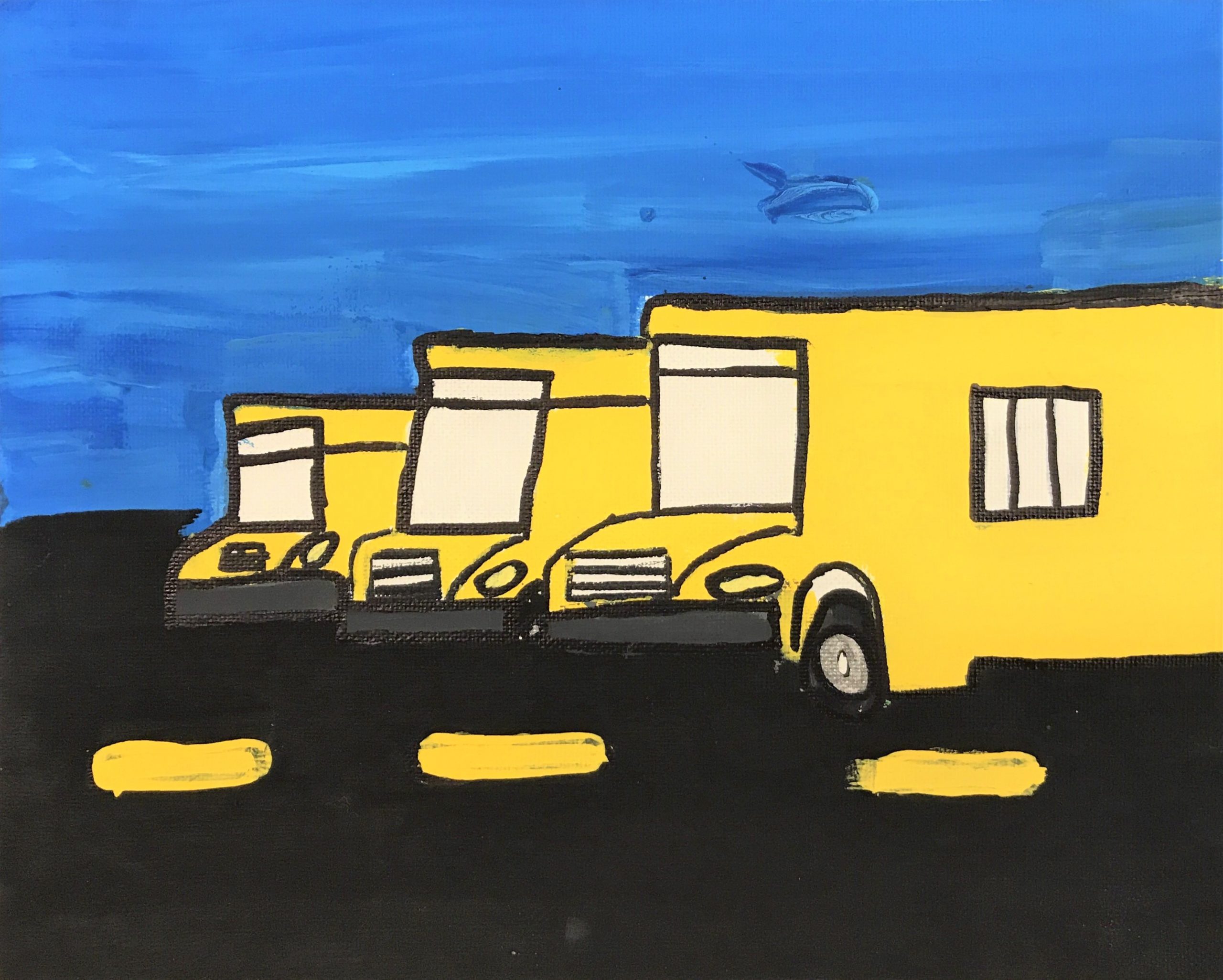 In 1944 Ron was 12 and his dad taught him how to drive a car. He learned when he was 12 because when he was little the roads were not too busy - making them safe to learn on.  Ron must have loved to drive at that early age, because later in his life he became a bus driver. In fact, Ron was a bus driver for about  27 years in total.

Ron was a school bus driver. Eventually, he came to own three  school buses himself and had these 3 vehicles for 10 years in total.  He owned them for that amount of time, because you could only have a bus here in Canada for 10 years. After that time they needed to be replaced for safety reasons. The funny thing is, the old busses were sent to Cuba where they would be driven for another 25 - 30 more years. Ron actually got the buses at 34 years of age from his dad. It was kind of a sad story, because Ron received them after his dad passed away.

In the year of 1980, Ron took another bus driver’s shift, because the driver (named Jodie) was having problems with some of the kids on her bus.  When Ron got on that bus with all the kids coming home from school, he already knew it was going to be a bad ride because his friend Jodie had told him about the problems. Basically, a bunch of teenagers had gotten into the bad habit of setting off teargas and only setting off teargas in the back of Jodie’s bus! Anyways, Ron set off on this shift with around 40 kids on the bus (you can fit around 50 kids on a big bus). A few minutes into the drive, Ron looked into his big rear view mirror that went across the front of his bus, and saw all the kids in the back rubbing their eyes. Ron had the windows near his driver seat open, so his eyes were fine - but the other passengers in the back were having a hard time. The students didn’t want to open their windows because they didn't want Tom (the kid who had the teargas) to get in trouble or Mr. Coles to get suspicious. Watching the commotion, Ron pulled the bus over and said,

“Who has the teargas?”

No one said a word, so Ron said, “I guess we will go down to the police station”.

After a moment of silence one kid at the very back of the bus  stood  up and said, “It was me Mr.Coles” he didn't look happy but he was not sad( his eyes were very red from the teargas.

After he got dropped off at home, Tom (the kid with the teargas) was never seen on a school bus again, because he eventually got expelled from his high school - which was Orangeville District Secondary School (O.D.S.S.). The student didn't have to go to the police station, but he was still in big trouble. The school principal and Ron thought Tom had made the teargas, because Tom was smart and was getting bored in class. He was also  always looking for ways to cause trouble. They also eventually figured out that Tom had made the tear gas at school in chemistry class.

About 7 or 8 years later, Ron was now in his forties. One day he was driving a public bus to Sudbury and this guy sat down across from Ron.  Ron didn't think he knew this young man, but  they did have a great conversation for the ride up to Parry Sound, Ontario.  At one point in the journey, Ron pulled over the bus so that everyone could get off the bus for a few minutes and have a break, or get a coffee or pop before getting back on the bus for the rest of the ride.  When Ron and the other passengers were all off the bus, the young man turned to Ron and calmly asked, “Do you know who I am?”

“No, I don't think so, but it was great talking to you,'' replied Ron.

“It's me, Tom, the boy who set off the teargas on your bus several years ago”,  the young man responded nervously. Ron was quite surprised, as he had not recognized him at all during their long conversation on the trip.

“No, I didn't hate you. But some of the decisions you made were not very good ones - like setting off teargas on my bus”, Ron said with a smile.  Because of the kindness in Ron’s voice, Tom knew that he had been forgiven.

Today, Ron still stops in to see Tom at work. Likewise, Tom will often drop by to see Ron for a quick chat. The point is, the two men are now friends, and Ron likes to tell this story to help people understand that we should always give others a second chance. 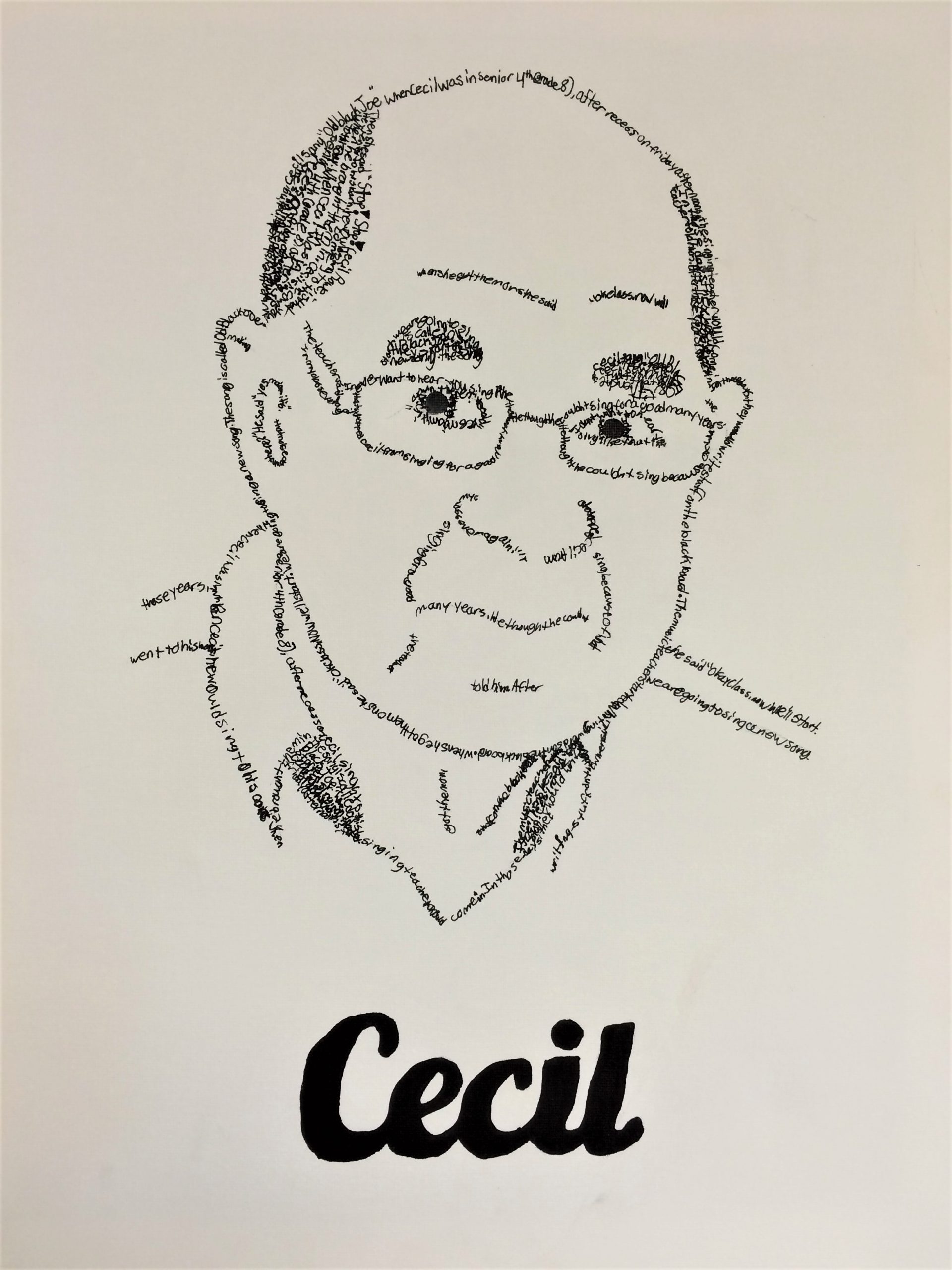 When Cecil was in grade 8, on Friday afternoons, once recess was over, Ms. Wain the singing teacher would come into his class. Ms. Wain was a kind looking lady. She was about five and a half feet tall. She never had a strict look…until this incident.

When they started singing, Cecil sang out at the top of his lungs, “Old Black Joe!”

Ms. Wain immediately shouted, “Stop! Stop! Cecil Rowe, is that you making that noise down there?”

Ms. Wain said, “I never want to hear you sing like that in my class ever again!”

The teacher's comment made Cecil feel sad and he actually stopped singing for many years in public. He thought he couldn't sing because of what the teacher told him. After school, when he was completing his chores at the barn, he would sing to the cows when he brought them in. The cows seemed to enjoy it, but sometimes they wouldn’t move. He would stop singing and grab and twist their tails to get them moving again!

When Cecil went to the military, he sang quite a bit. That is what helped Cecil feel comfortable singing in public again. The soldiers would sing when they were marching, working together, or at the end of the day.

What Cecil learned from this experience is to never believe everything  you hear. Today he runs the Glee Club at Montgomery Village Seniors Center. They sing together every Wednesday at about 3:30 pm. 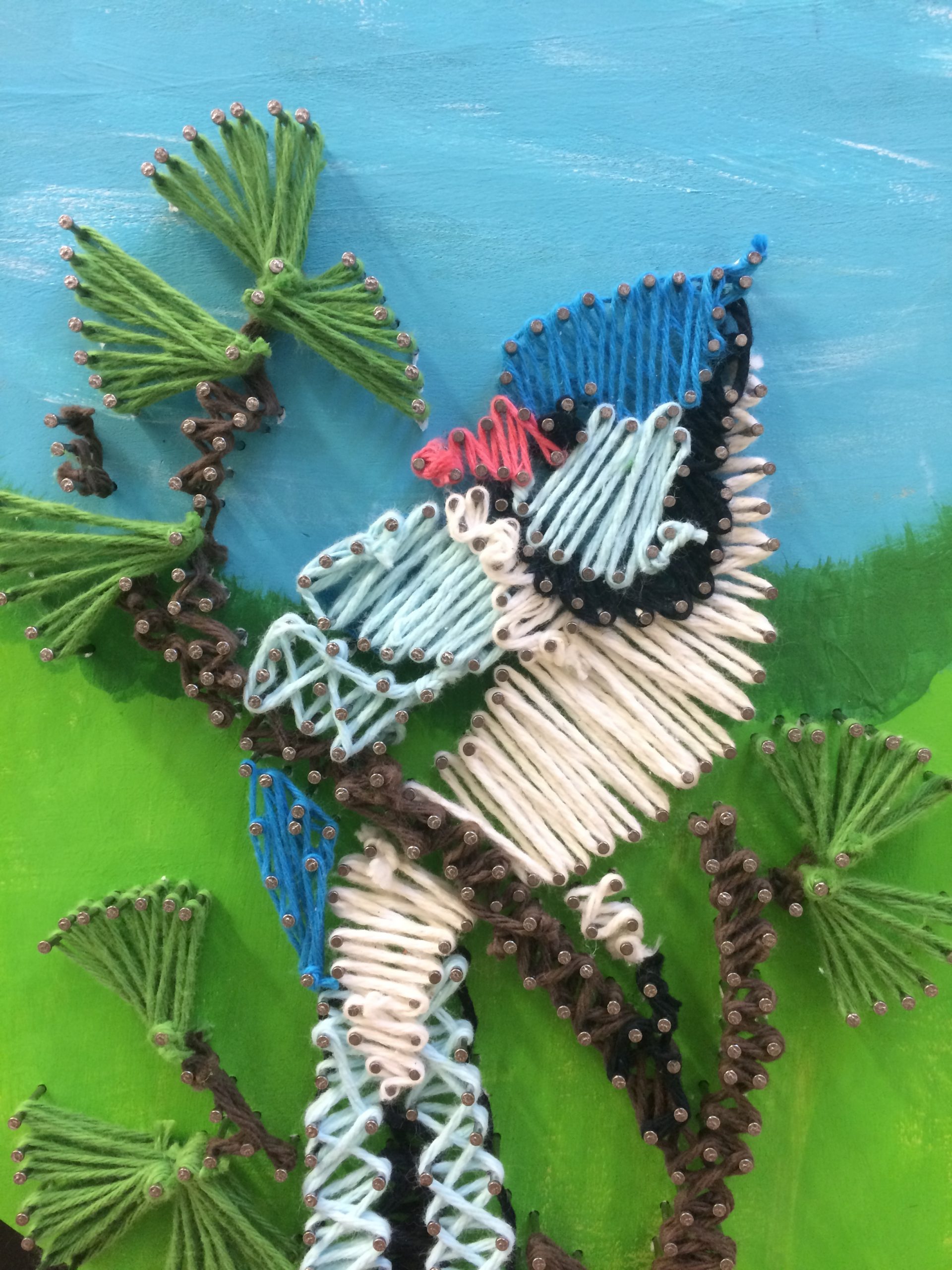 Nola was born on December 6th 1927 in Bolton, England. She lived with her parents and 4 older siblings. The family loved living in Bolton, but when she was 2 years old she moved away from her childhood home. The family of seven settled in France and Nola would soon realize this would be the first move of many.

After living in France for 3 years, the family moved to Dover for seven years. After Dover they all moved to London. During their time in London World War 2 broke out and the family had to stay. It was too dangerous to leave in the middle of the war.

After the war, Nola’s family moved back to Bolton. During their time in Bolton, Nola got married to a man named Norman and she became a Partington. Seven years later, Nola’s father traveled over to Canada to see if he liked it and could find a job and a house. Nola’s father liked Canada right away. By 1953 everyone from Nola’s family was living in Canada. After two years of living in Toronto, Nola and Norman seem to have a perfect life - until one ordinary day that turned out to be not so ordinary.

Norman was driving his bus like usual, not knowing two teenageers were planning to rob him that day. The two boys paid to get on the bus that Norman was driving. About five minutes later, one of the boys tried to rob Norman as he was driving, but Norman hit him and kept driving. The boys realized that their plan did not work, so at the next stop one of the boys hopped off, found a knife and got back on the bus! Norman however did not notice the boy with the knife. After Norman closed the doors the boy with the knife started stabbing him! Norman got stabbed about 20 times, but at the end of the fight Norman did survive this cruel attack!

After Norman healed, Nola and Norman moved out of their apartment to a small house where they had a wonderful family. Nola and her family have never regretted moving to Canada, although they still feel connected to England. Nola always considered Canada to be her home. Nola believes that home is where her family is, and that they are stronger together than they are apart.