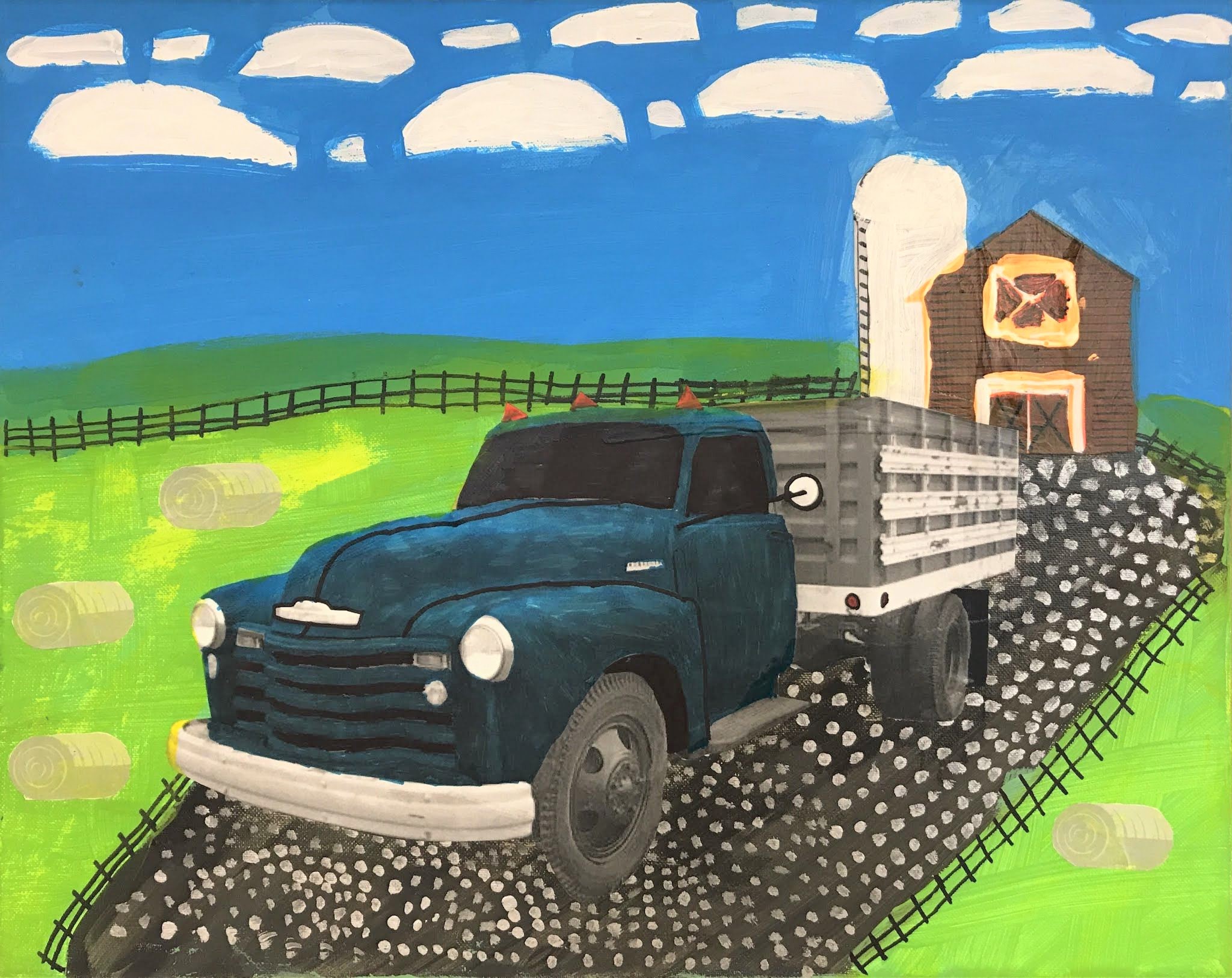 Edgar lived in Bradford, Ontario where his family owned a farm. The farm he grew up on was 200 acres, and 170 acres were workable to grow a crop. 1951 was a poor harvest year on the farm, so his family ended farming a month early. He had also just finished high school (grade 13), and didn’t have a career. Edgar was looking for an adventure.

Edgar’s adventure started in Barrie, Ontario where Edgar had an opportunity to go on a steam train to Elrose, Saskatchewan. Elrose is a small town in Saskatchewan, so it’s not on most maps of Canada. The train was 6 to 7 cars long.  At that time it cost $25 to travel from Barrie to Elrose by train. The train station that he went to was called Allandale, and today it wouldn’t be considered to be very big, but it seemed big for back then. Edgar was 18 at the time. There were a lot of other teen boys on the train too. He sat in a passenger car inside the train. Some of the passengers on the train slept with their legs on the people in front of them, which was probably annoying! The entire train ride was 2 days and 2 nights. Edgar had to go through Manitoba to get to Elrose. Edgar got off the train in Saskatoon, Saskatchewan and then he took a bus to Elrose. The bus was included with the train so it didn’t cost anything.

When Edgar got to Elrose, he found a job on a farm, and stayed with the owner of the farm and his family. Edgar worked as a trucker. Edgar drove a 1946-1947 Chevrolet pickup truck. It was the first time that he drove a 5 gear truck. The only pick up truck he ever drove before this was a 3 gear truck. The vehicle was red and had two lights at the front, two lights on the top, and two lights at the back. There were around 50,000 trucks in Saskatchewan in 1951, and were used mostly on Saskatchewan farms. Saskatchewan has not changed much, and it is a still a big farming province for wheat.

Edgar worked as a trucker for a month.  It was the end of September, and his job was done, so he went to Moose Jaw where he worked as a construction worker. He did not like it in Moose Jaw, so while he was in Moose Jaw he caught a ride with a gentleman who was going to Vancouver. Edgar was ready for his new adventure.

Life on a Homestead 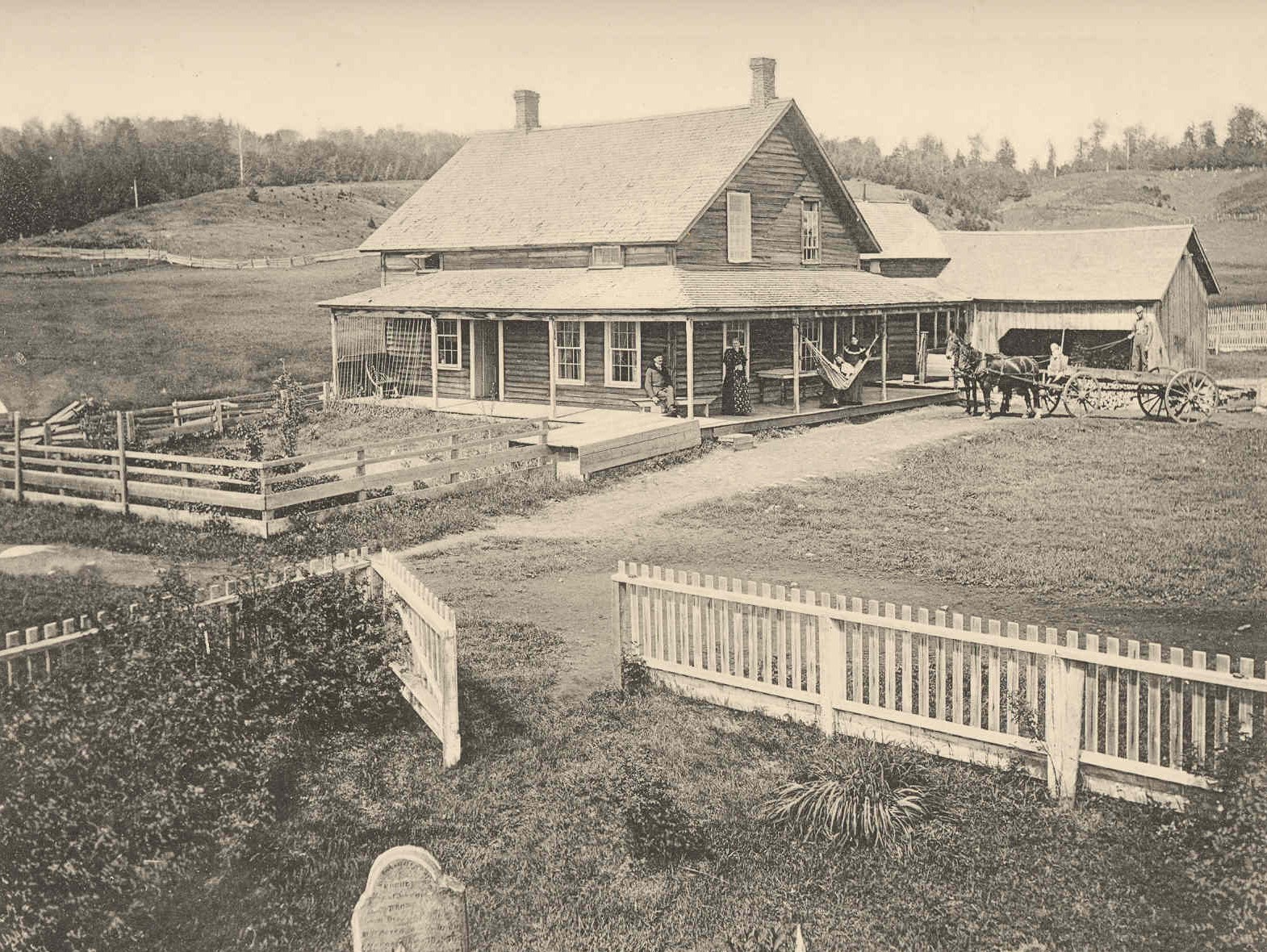 Ruth was born in 1942, in a farmhouse that had been built by her great grandparents in 1869. She was the fourth generation to live in the farmhouse.

When Ruth was 5 years old she started to do chores around the farm. Most of her jobs were inside, like cleaning the house, cooking and making beds. She also learned how to sew, because the family made their own clothing, and also repaired their own clothing when it was torn or worn out.

Not all of her jobs were inside though. She did a little bit of milking the cows. The other farm animals included about 10-12 pigs, 3 horses, and 100 chickens, and they all had to be taken care of.

Ruth and the other children helped out with harvesting too. The children would take their horse drawn wagon and load the crops that their Dad had harvested. Since Ruth had started all of this work so young, her family joked that she had learned to walk in a potato patch!

Although the farm had been past down from generation to generation, when Ruth was 18 she moved away after getting married. Today Ruth misses the farm life, because the farm is no longer “in the family”. Ruth’s father decided to sell the farm, because all of his children were too busy with so many other jobs. 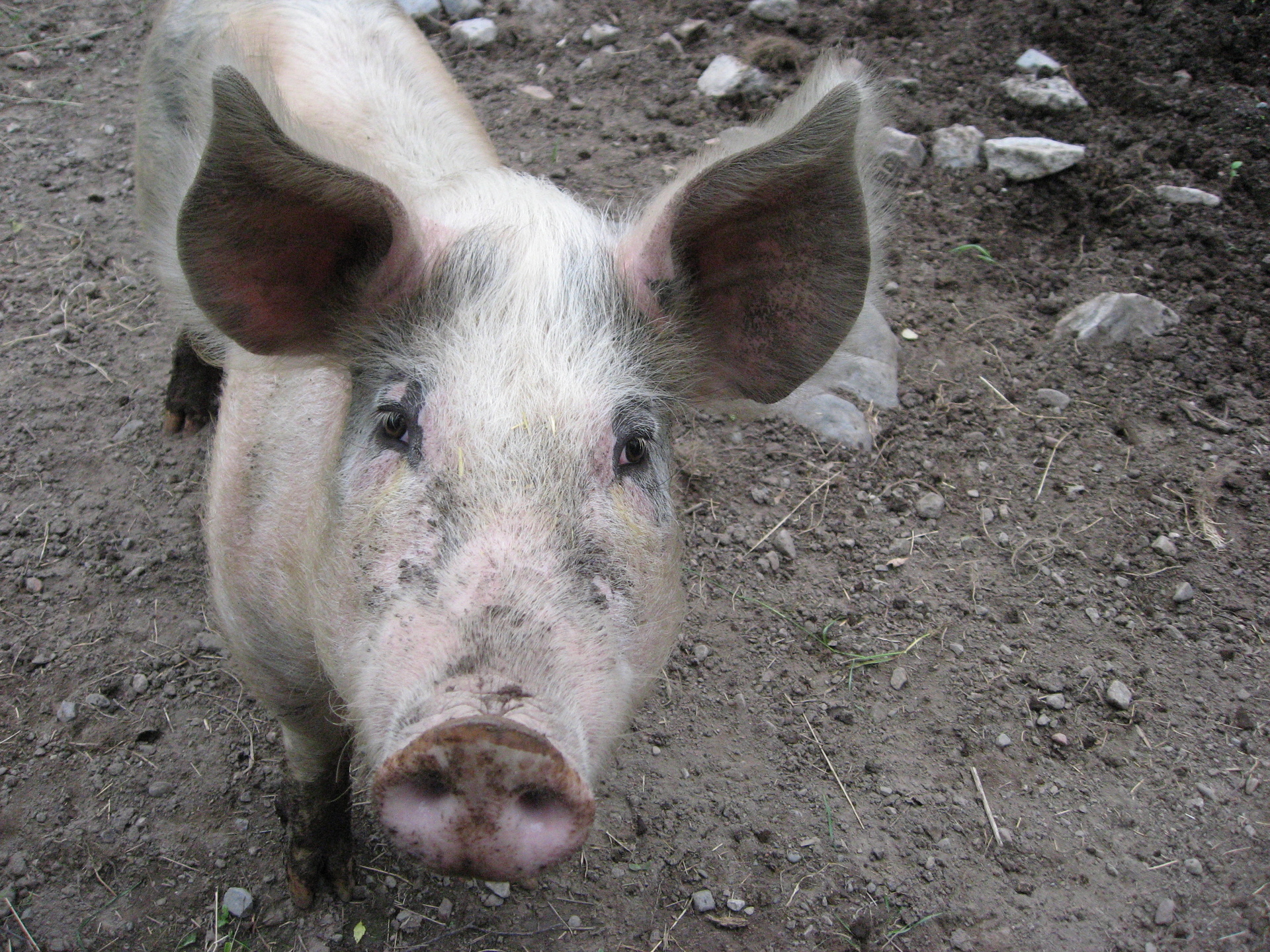 One evening, David and his family were sitting down for dinner in the heart of their farm house, the kitchen. David’s dad had warned both he and his younger brother Steven not to tell their little sister Karen that they were eating pork, or more specifically Mrs. Pig, for dinner that night. David and Steven both said, “Ok, sure, no problem dad”. The problem was that they had said this with a big smile on their faces, because deep down, they knew there was no way they could keep this a secret. When the family sat down at the table, they had a beautiful meal before them: roasted potatoes, apple sauce, veg carrots, peas and of course, pork chops.

“Oh yeah, this is the best pork we’ve ever had”, replied David from across the table.

Their father started to give his two sons “the look”, warning them to stop, but David and his brother kept going. As Karen was sitting at the table, enjoying a big bite of pork, David said,

Karen looked up from the table with a horrified expression, then suddenly spit the food out of her mouth and began screeching.

David's father looked up with a bright red face and yelled, “David and Steven, both of you go to your rooms right now!”

In the end, David was grounded for about a month. His sister finally forgave him, after a sincere apology.