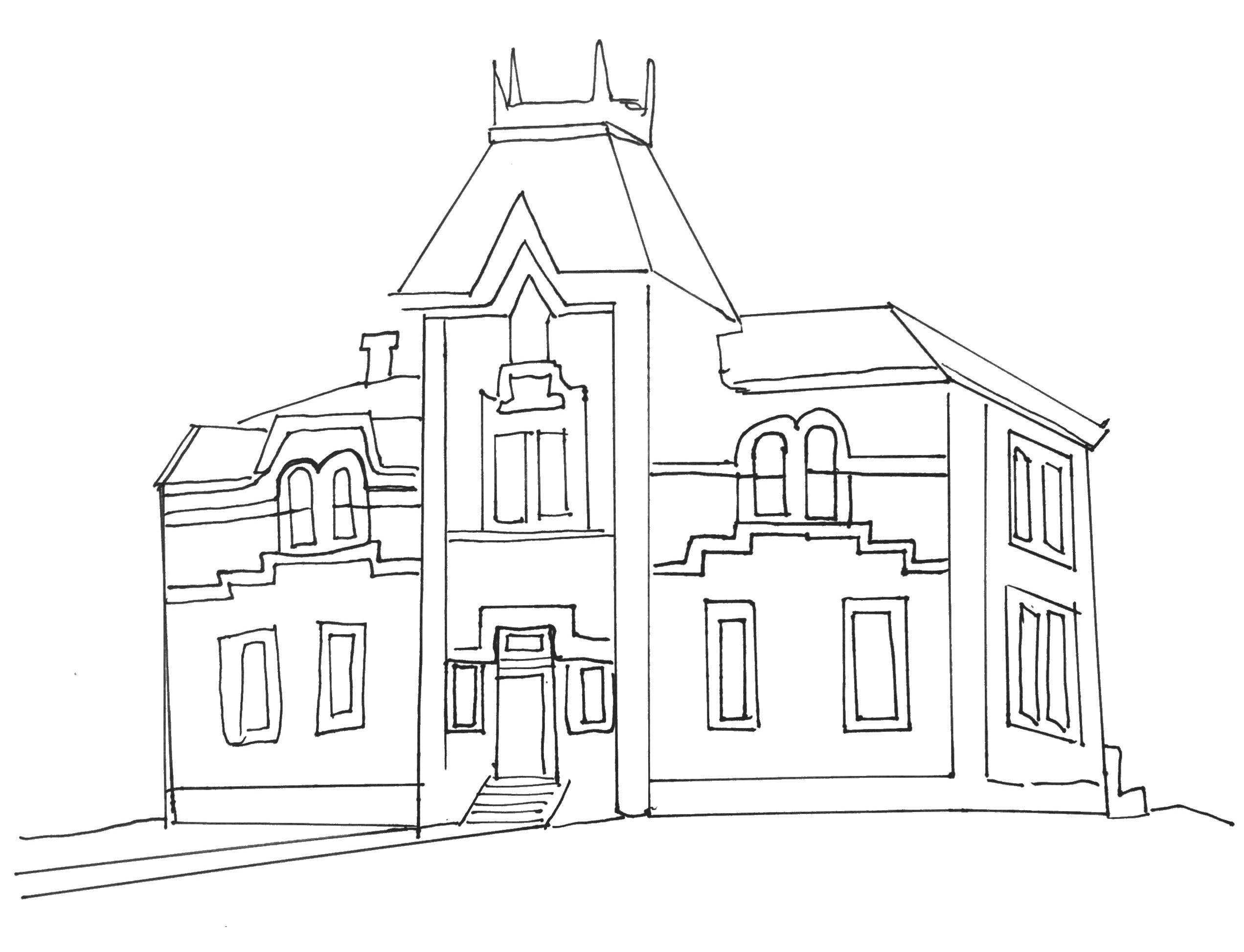 One winter Sunday afternoon in 1948, around 6pm, 18 year old Jim was eating dinner. He got a phone call from one of his friends. As Jim picked up his candlestick  phone, one of his friends excitedly told him that their high school was burning down! Jim was stunned!

Jim promptly put down the phone and left the house to see his school. When Jim got to the school there was a big crowd of students and adults gathered around the school. They could see fire coming out of the school windows and smoke in the air.

The next day all the students from Orangeville High School met at the movie theatre and the principal told them what was going to happen for their schooling. First, they were going to get a week off of school. When they returned to school, they were going to be relocated to the basement of Westminster United Church.

The principal also told the students that if anyone cleaned some of the bricks from the school ruins, he would pay them one cent for each brick they cleaned. So Jim and three of his friends, Mel Rennick, David Scott and Hugh Greenis (the only ones who were willing to do this) were paid by the principal everyday to do so. They cleaned the bricks with a hammer. They would hit the side of each brick and try to make the mortar come off. They worked hard because they wanted to make money. They each cleaned about a hundred bricks a day, so they would earn a dollar each. A dollar at that time was about ten dollars now. They would pile the bricks on the ground and the principal would come and pick them up. The principal would sell them for more money than he gave Jim and his friends.

In the summer of 1948 Jim was going to grade thirteen. They had renovated the First Avenue United Church into classrooms where the students would learn until the new high school was built.

Lucky to be Alive 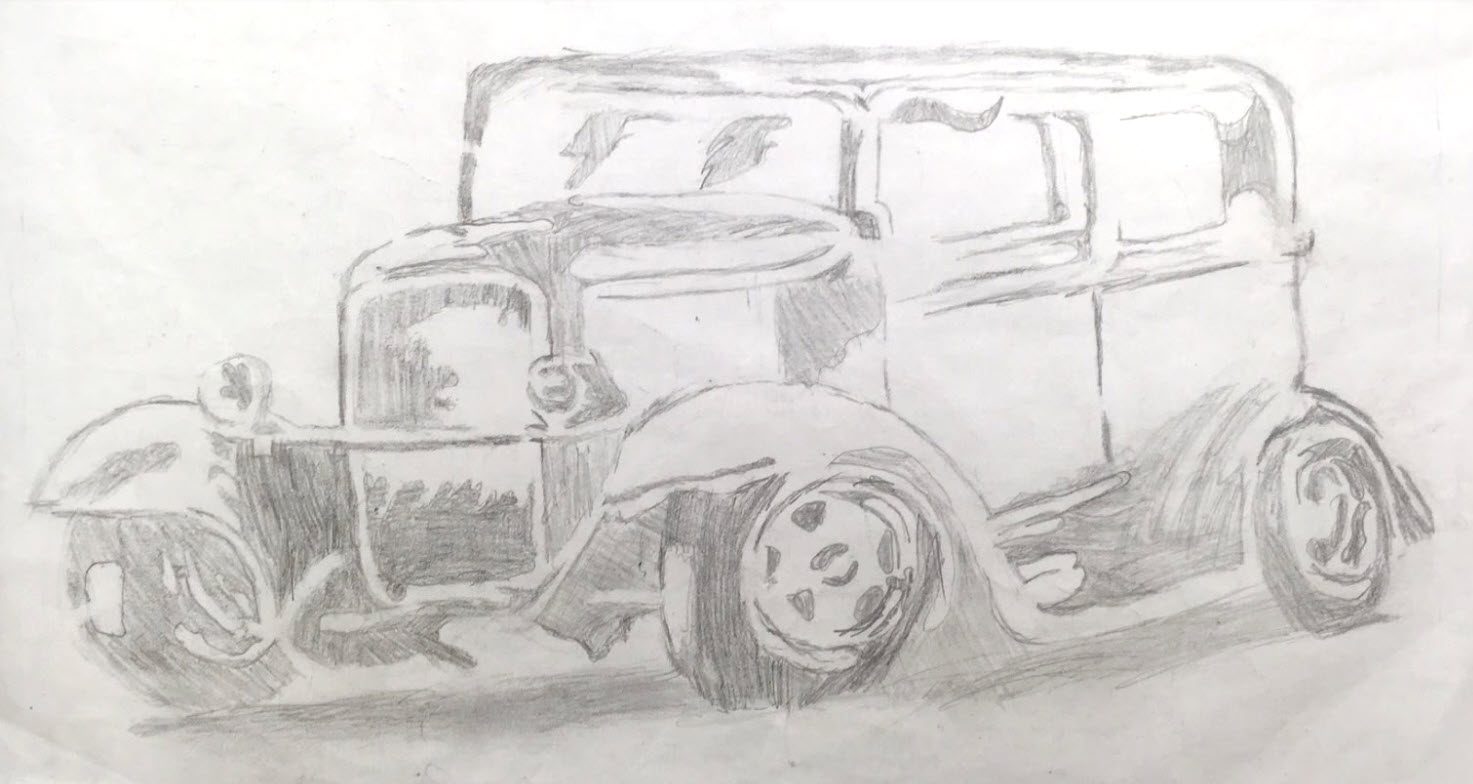 In June of 1939 John was only 18 months old. His mom and John were in their 1934 Chevy, driving on their way to his grandparents’ house for a visit. On the way John’s mother got distracted by people building a new farm beside the road. She drove across the street to see what it looked like, but little did she know she was driving across the train tracks! Then the ground started to rumble. She started to get nervous and at the last second she saw the train, but it was too late!  There was a COLOSSAL BANG with a big BOOM and a CRASH! The train had split the whole car in half.  The front half of the car that his mom was in went on the road, and the other half of the car that John was in travelled 500 feet down the track.

John and his mom were rushed to the Orangeville Hospital by a person who saw the crash. His mom's ear had been ripped off during the crash and was just hanging from a little piece of skin. John got a big concussion and some scratches on his eyebrows. John had to stay in the hospital for a month, but his mom had gotten out of the hospital a little earlier. This was an incredible accident. They were incredibly lucky because they could have died. Unbelievably John’s dad, a mechanic, was able to weld the whole car back together. Cars were expensive back then and they didn’t want to buy a new one.

The Talk for Too Long 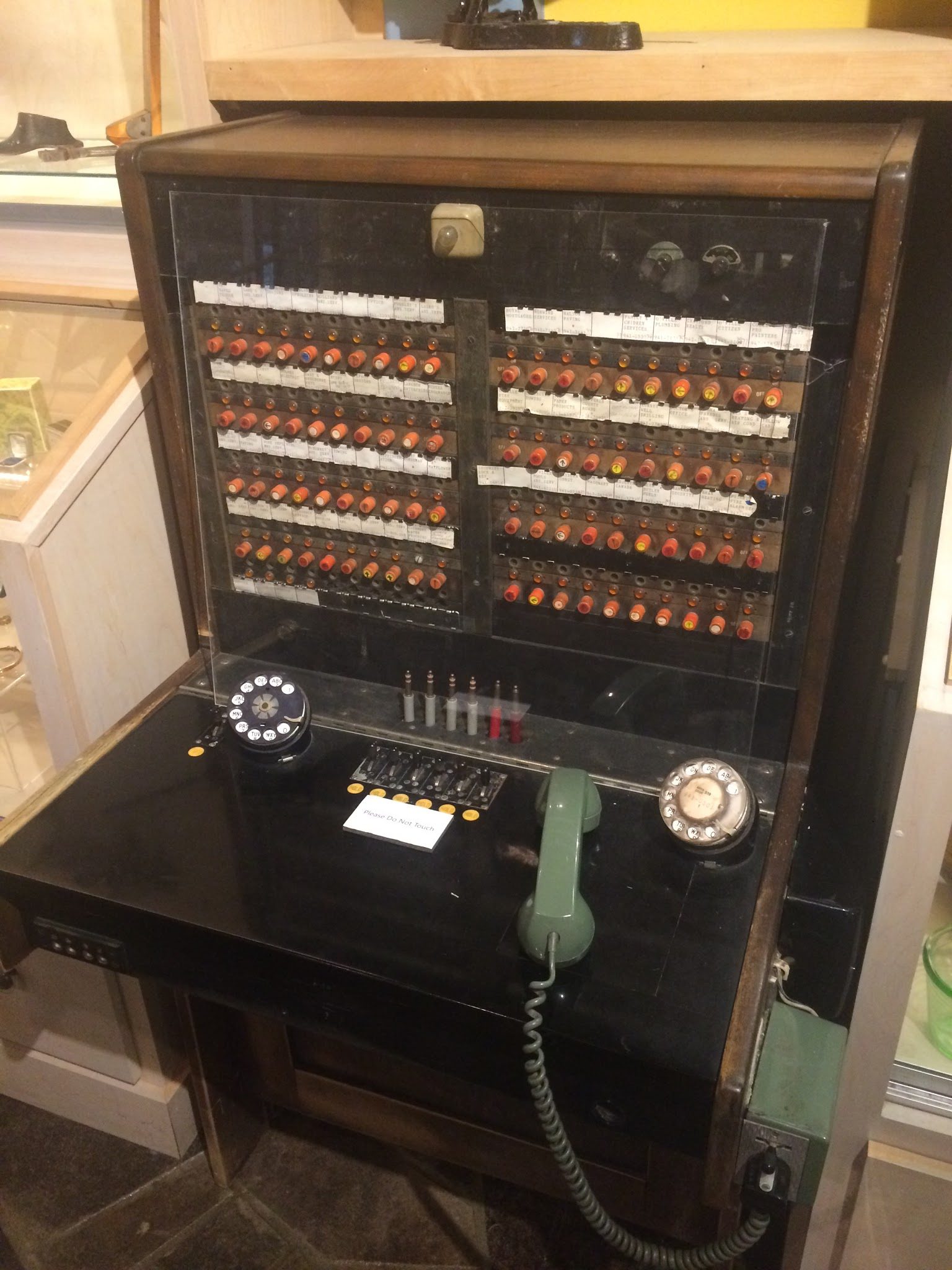 Photo taken at Museum of Dufferin

Before she retired, Ruth worked at Bell Canada in Orangeville Ontario. She had fun working there for about 20 years, beginning in the 1980s. Ruth had the job title of “traffic operator”. A traffic operator had to answer all the calls that came into the Bell office and connect them to other calls, as needed. The staff worked on something called a “cord board” that was about 2ft x 2ft in size. They worked side by side on cordboards that were about one meter apart from one another. It took a lot of training to become a traffic operator, but it was worth it because it could be a lot of fun. For example, sometimes the traffic operators would get random calls from elderly people asking funny questions. Many times, they just wanted to know what time it was! Also, Ruth found that she had a good team to work with. If it was too busy on her cord board, Ruth could always tell another girl in the office and they would take care of it.

One particular week Ruth was working on a really busy Friday night. She kept getting calls from two teenagers. So she picked it up and said, “Hello, how can I help you?”

One of the teenagers replied very politely, “Hello, can I speak to someone?”.

“Who would you like to speak to?”, replied Ruth.

“Well, I don’t know. Anyone would be fine,” replied the youth.

Well, on one line Ruth had a teenager from Orangeville and on the other she had a teenager from Dundalk. Since the two teens were both looking for someone to talk with, just playing around on the phone lines, she simply connected these two strangers together for a conversation. Ruth and the girl working next to her chuckled, as they thought this was a fun little prank.

The funny thing was that the two boys ended up talking together for about 1 and a half hours. Ruth was not listening to the conversation too much, but she did have to check the lines occasionally to make sure they weren't holding up the lines for other people. To check the lines she could press a button and hear them talking.

The two teenagers had no idea who the other one was, so they got busy trying to figure out  which street the other lived on and which town each other was from. They seemed to be having lots of fun with their conversation and guessing game.

Eventually Ruth had to tell the two teenagers that they were being disconnected, because it was time to close the Bell office for the night. To this day Ruth still looks back fondly on her time at Bell, and this was one of the funniest stories from her career as a traffic operator.